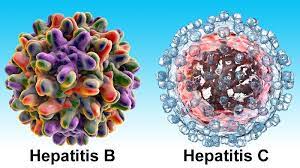 Chronic and viral hepatitis B and C affects over 70 million people on the African continent’ awareness and education efforts remain critical factors in driving early diagnosis and treatment.

Rapid, decentralized testing can lead to faster diagnosis and connection to care to reduce spread and deaths from hepatitis

Kigali, Rwanda, April 22, 2022, Abbott, a global healthcare leader, today hosted a media round table to discuss the prevalence and impact of hepatitis B (HBV) and hepatitis C (HCV) in sub-Saharan Africa.

The objective of the round table was to raise awareness around a disease that affects over 70 million people in Africa alone [1], resulting in the disease being widely regarded as Africa’s silent killer[2]. The event featured insightful presentations by leading healthcare professionals from different African countries.

Hepatitis B and C are viral infections that primarily affect the liver. They are known as silent killers because the diseases develop slowly over many years and most patients do not have symptoms. Hepatitis B is preventable via a vaccine but there is no vaccine for hepatitis C, although treatments today are very effective.

“The burden of disease due to viral hepatitis and its complications of cirrhosis and hepatocellular carcinoma is underestimated. Hepatitis B is vaccine preventable, and Hepatitis C is now curable,” said Professor Wendy Spearman, Head of the Division of Hepatology at the University of Cape Town & Groote Schuur Hospital. “We need political will to recognise viral hepatitis as a health priority and to set national elimination targets with dedicated funding to implement national viral hepatitis action plans. Importantly there must be universal access to affordable diagnostics and therapeutics.”

The World Health Organization has provided a roadmap for the elimination of viral hepatitis B and C as a public health problem by 2030 – which includes a 90% reduction in incidence and a 65% reduction in mortality by 2030, compared with a 2015 baseline.[3]  Testing and diagnosis provides an opportunity for interventions that include early treatment, reduced transmission and counselling on risk behaviors.

“Early screening followed by adequate treatment is paramount for better health outcomes for patients and more effort must be deployed in that regard,” commented Dr. Kuku Appiah, Medical Director for Abbott’s rapid diagnostic business in Africa. “At Abbott, we have been partnering with governments and leading hepatitis programs across Africa to support surveillance programs and provide reliable and affordable rapid diagnostic solutions to help governments meet their health targets for hepatitis, among other diseases.”

Throughout Africa, the prevalence and impact of hepatitis varies significantly as well as the public health programs available to support screening and treatment.

In South Africa, hepatitis affects four million people. There is a prevalence of HBV ranging from 1% in urban areas to 10% in rural areas.[4] HCV, in contrast, is more prevalent among people who inject drugs due to unsanitary needle sharing and other forms of transmissions.[5] The biggest barrier on the route to eliminating HBV and HCV remains the lack of awareness by both patients and healthcare workers.

In Nigeria, the prevalence of HBV and HCV is 8.1% and 1.1% respectively, making it one of the highest impacted countries by hepatitis on the continent with an estimated 19 million people living with the disease[6].  Part of the issue is that hepatitis is not well funded and as a result, there is a lack of education and public health programmes supporting elimination efforts.

Uganda has a prevalence of hepatitis B and C that is difficult to track due to lack of insights and data needed to create a strategic framework to inform policy. These sparse datasets especially for HCV, which accounts for 1 – 2% of the population, increase the difficulty of identifying the disease. For HBV, the data is better due to diagnosis through an HIV impact assessment which went live in 2016. As a result, the prevalence of the HBV was at 4.3% of the total population, in people aged 15 and 49 years. This led to the launch of a screening and treatment programme exclusively for HBV, providing care and preventative measures to transmission.[7] The programme underway was rolled out with a survey during screening to create the data and insights to understand the landscape of viral hepatitis in the country.

In Rwanda, the earliest prevalence of the viral hepatitis (HBV & HCV) was 2% of the population when the country’s Hepatitis program commenced in July of 2016, with people aged 55 and above accounting for 16% of infections. The rate of HBV and HCV is higher in rural communities. A precursor to bolstering the nation’s healthcare system, in 2005, the Rwandan government launched a performance-based financing system that rewarded community health centres and district hospitals for better patient follow-up, which drastically improved existing services.

This initiative yielded positive results in the fight towards eliminating HBV and HCV; substantially improving the affordability of screening tests, with an increase in demand for the tests. The government also negotiated breakthrough deals that reduced the costs of rapid testing by large margins; dropping from $113 million to $43 million and ensuring that treatment in the country is readily accessible to everyone in need of care. [8]

[2] The Economist Intelligence Unit Report: Putting money on the table: Nigeria’s policy response to hepatitis B and C; 2021. Source link.

[3] The prevalence of hepatitis B co-infection in a South African urban government HIV clinic, source link.

[4] The Journey to Hepatitis Elimination in Nigeria; Hepatitis B Foundations; (15 January 2020; source link).

[8] The Economist Intelligence Unit Report – Sustaining the push to elimination and beyond: Rwanda’s policy response to hepatitis B and C, 2021.