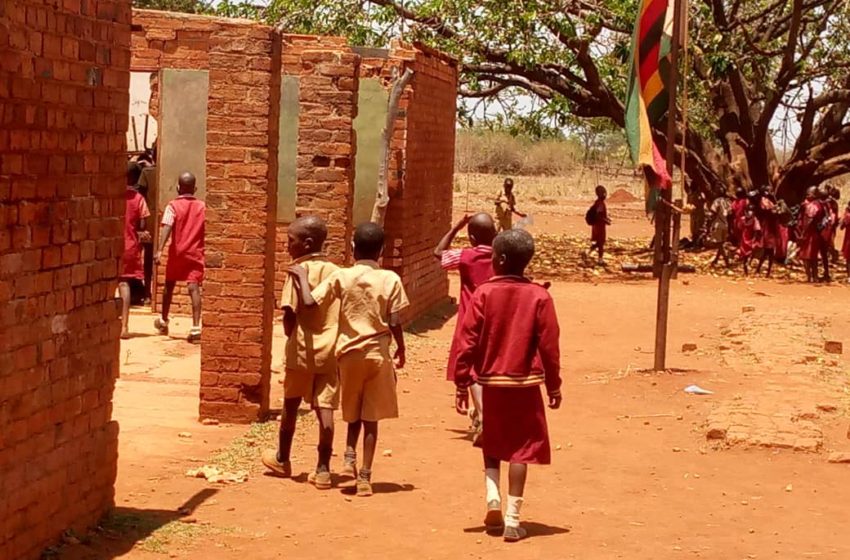 “We had no choice, the harvest was bad, there was no money and schools were not opened, I ended up getting married to one of the men from my church, it was arranged, I could not proceed to Form 1, I do not even know my Grade 7 result…” said Shumirai Mauzhe* (15) of Matenda village in Zvishavane.

Plan International posits that girls’ education is often the first thing families sacrifice when faced with the impacts of the climate crisis. Girls are pulled out of school to help their families find food and water or take care of siblings.

“My husband gave my parents a cow, some goats and groceries, he works as an artisanal miner, he takes care of us… I am a married woman now I cannot go back to school,” Shumirai said, even though the Education Amendment Act has a provision that allows girls back into school.

There are so many other girls like Shumirai, who have had to drop out of school because of the effects of natural disasters like droughts and cyclones.

Extreme weather events and climate variability are also increasingly forcing people to leave their homes, with 9.8 million children and youth affected by weather-related internal displacement in 2020

In the past 5 years, Zimbabwe has experienced several extreme climate change events that have hurt girls’ education.

Melissa Murwira, from Volunteer for the Environment group based in Harare argued, “Young girls and women bear the brunt of climate change especially those in rural areas, they are forced to dropout out of school, walk long distances to fetch water and firewood, they are left to fend for families, abused and forced into early marriages.”

“Those in cities are mostly affected by power cuts and water shortages, young girls have to go to the communal boreholes, stand in long queues risking being taken advantage of by the men who control the queues,” she added.

Among other extreme climatic events, Zimbabwe experienced the devastating effects of Cyclone Idai (2019) which destroyed lives, infrastructure and livelihoods, whose effects three years later are still being felt in the region it hit.

According to the Zimbabwe Education Cluster report on Post Cyclone Idai assessment, between 270,000 and 300,000 people were affected by the cyclone among them 129,600 children.

The report further highlights that unpreparedness combined with a lack of disaster risk reduction measures exacerbated the severity of damages to school infrastructure, which resulted in children missing out on their education.

Most children were displaced and had to put up in temporary shelters as the government and its partners worked to restore their homes.

Staying in these temporary shelters puts girls’ safety at risk.

Wellington Madumira from the Climate Action Network – Zimbabwe pointed out that climate change is a threat to girls’ education, its effects increase drop-out rates, school attendance rates, reduced study time and limits participation in extra-curricular activities as well as the continuation of higher education.

Mr Madumira further pointed out that it is impossible to fully attain the targets for Sustainable Development Goal (SDG) 4 on quality education without working to add ress issues threatening the education of young girls which include gaps in other SDGs including  Climate Action  (SDG 13) and  Gender Equality (SDG 5).

“It is difficult to talk about quality education without mentioning gender balance, education is at the apex of sustainable development as such anything threatening it calls for a multi-sectorial intervention,” he said.

Many girls permanently drop out of formal education following every disaster.

Clemence Nhliziyo from Education Coalition of Zimbabwe argues that the impacts of disaster and climate change pose risks to educational continuation and attainment, safety and security, and protection.

He bemoaned the fact that there are no policies within the Zimbabwean education sector that specifically address the challenges posed by climate change.

“Certain aspects of current policies have measures that, to an extent, address adaptation to climate change but that may need to be strengthened. These aspects of the policy include social protection schemes such as school feeding, Basic Education Assistance Module (BEAM) for orphaned and vulnerable children, Second Chance Educational Programme for out-of-school learners to catch up with their peers, and the Education Transition and Education Development funds which provide teaching and learning materials in schools” he said.

Research by Plan International  on the gendered impacts of climate change with an emphasis on education in Zimbabwe and Zambia identified the most common impacts as floods, strong winds, an increase in pests, shifting rainfall patterns and recurring droughts.

According to the report, these have resulted in food insecurity for most communities, as the majority of them rely on rain-fed agriculture. This has fuelled the feminisation of poverty.

The research identified that girls also face challenges in accessing food and nutrition, and water and sanitation facilities during emergencies.

Beverly Rugoyi (21) a student at Catholic University in an interview pointed out that to counter the negative impact of climate change on Girl’s education there is a need to “Improve the conditions (daily needs) and social position (value or status) of girls and young women in building disaster-resilient schools and communities”.

The United Nations Environmental Program  (UNEP)’s Chief Scientist Andrea Hinwood spoke on the occasion of the International Day of Women and Girls in Science about her role, the importance of science-based approaches in tackling environmental issues, and how to engage women and girls in science argued that “We need to engage girls earlier in their education. We need to provide them with opportunities… And we need to engage women and girls where they are.”

Young girls from Manicaland Province are on record speaking at a Girl’s education symposium held in Harare last year saying there is a need to foster an enabling environment where all stakeholders work together to support children and youth on their journey in building disaster-resilient schools and communities through capacity building, advocacy and campaigning.

“We need your support in ensuring that we have a fair chance to attain quality, inclusive and equitable education”, they said in a statement later on submitted to the Ministry of Primary and Secondary Education and considered for the COP26 submissions.

The statement with the collated young girls’ submissions also highlighted that there is a need to promote the continuation of girls in education while tackling poverty reduction interventions by providing income generation skills training to needy parents to improve their livelihood prospects (e.g., climate-smart farming, entrepreneurship training).

Improving women’s economic empowerment in the face of climate change through token support in saving and credit initiatives, small-scale enterprises with the assurance of access to credit, information, training and outreach.

Developing educational and campaign materials to raise public awareness around harmful gender norms and stereotypes that deepen the impact of disasters and climate crises on children, especially girls

Wellington Madumira also buttressed that, adolescent girls, face “being pulled out of school to help alleviate the additional domestic and economic burdens that are shouldered by women in households facing climate-related shocks and stress. Yet, education is a crucial pathway to support and enable adaptive capacities, pro-environmental behaviours and girls’ and women’s leadership.”

Therefore, there is a need “to strengthen education systems to be more resilient and gender transformative”, he added.

UNEP highlights that no single SDG can be achieved without dramatically impacting the other goals, which is why global cooperation, coordination and commitment are so important. As such for access to quality and inclusive girls’ education to be a reality there is a need for cooperation from various sectors and stakeholders. 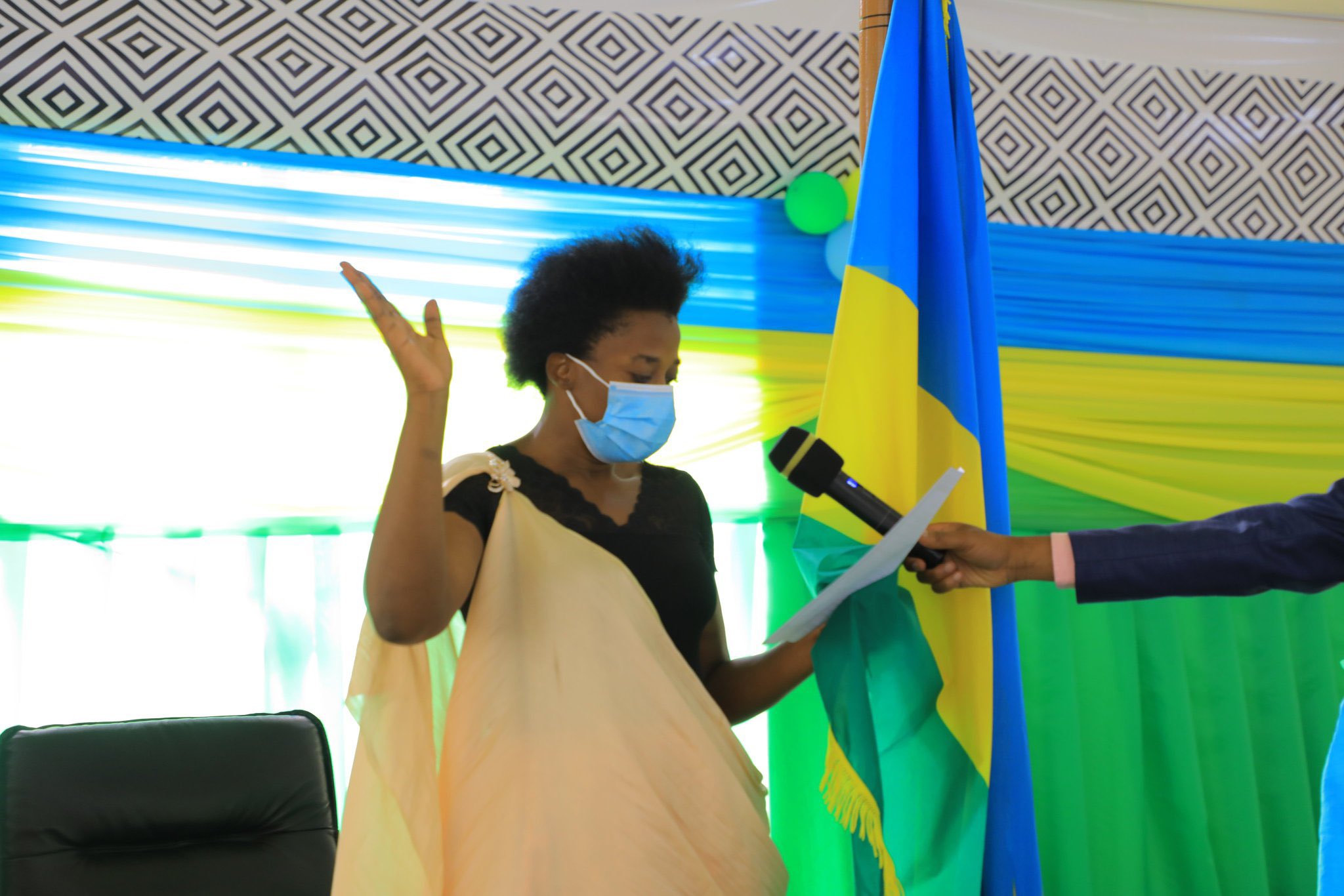