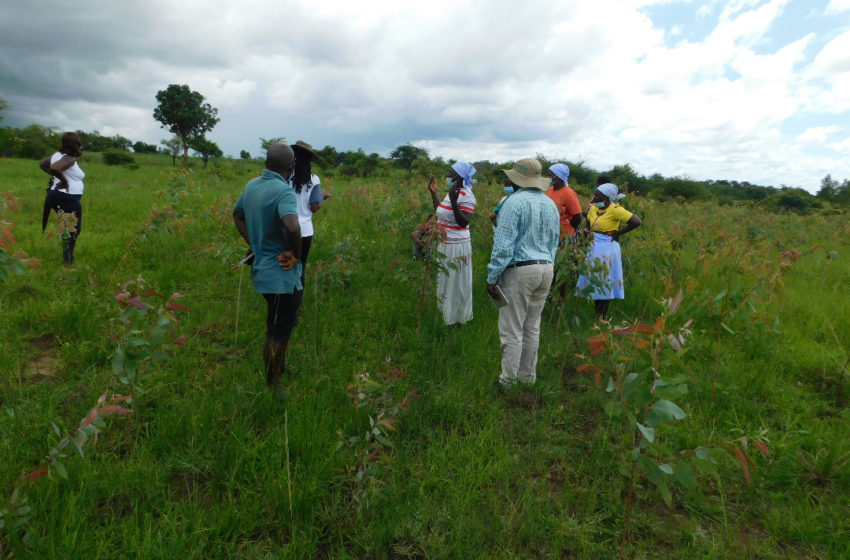 Shupikai Chitauro from Guruve South Ward 10 smiles as she looks at a year old 4,500 gum tree plantation she and her Focus 2 Group planted, but sadness suddenly takes over as she recalls what they have been through as she implores gender equality to land access.

Ms Chitauro laments how the group struggled to come up with a solution after failing to get a nod to access a piece of land for the plantation from the village head following training by a local Non- Governmental Organisation (NGO) on how afforestation was key in environmental conservation.

“If I give you land, the plantation ceases to be your project but my peoples’. The whole village will have to benefit from it,” the village head had bellowed.

After hours of deliberations, Ms Chitauro said the women then agreed to go and plead with their husbands who customarily own the land.

They decided to convince them by teaching them the importance of land conservation through planting trees and other climate change mitigation measures as well as this could become a source of income for their families in the face of economic meltdown.

However, this strategy again did not work again with the husbands bluntly indicating they had the right to dictate what goes on the land and what does not.

One woman, fortunately, managed to get through her husband who gave them a piece of land at the price of becoming a member of the group against fellow men who were pushing him to sell the land to the women.

As she looks at this plantation, Ms Chitauro cannot help but wonder what the future holds for women and girls who want to venture into environmental conservation projects in the face of climate change.

“We had to convince him to become part of the group because we did not have money to pay for the land. We wish there was a programme that looks into ownership and access to land by women so that we will be able to do our projects on a large scale. As women we know how important it is to plant trees as we are the ones who face problems of accessing firewood when we want to cook as well as other benefits,” she pointed out.

“Both our husbands and the village head did not see the importance despite the fact that we are also doing this in preparation for our children’s future as climate change is no longer a myth. We have so far planted 4,500 gum trees and other trees such as the Acacia, Moringa which we feel are important because of their medicinal properties while Acacia increase food for our animals,” she said.

Chitauros’ story mirrors that of many women in Zimbabwe who are embracing climate change mitigation and environmental protection programmes but facing challenges when it comes to implementation as they lack land of their own.

Gender inequalities including feeble rights to land ownership reduced access to resources such as water and sanitation facilities and energy for women has had a negative impact on human health, the environment and sustainable development.

Despite Zimbabwe’s laws dispelling myths around gender disparities in terms of land and property ownership, the majority of women still have indirect access to land through their husbands, while single women have access through their fathers and brothers.

Zimbabwe has 39.6 million hectares of land area but very little of it is owned by women.

A 2020 research paper on Veracity of women’s land ownership in the aftermath of land redistribution in Zimbabwe: The limits of Western feminism shows that the percentage of women landowners in Zimbabwe was less than 5 per cent before and soon after independence, thereafter rising to a range of 12 per cent to 27 per cent for both small- and large-scale farms.

According to the country’s Gender and Women Affairs Ministry, the country with an estimated population of 14 million people, has around nine million women and over 70 per cent of them are living in poverty.

However, these women, are the agents of change in communities and they are usually the first ones to accept conservation programmes but due to their lack of ownership of land, this deters their participation in things like availing land for demonstration of conservation agriculture.

Naturally, women are the caregivers and are the ones responsible for gathering non-timber forestry products and firewood from communally owned lands whose tenure is limiting on individuals (non-secure), and their push for conservation of such important forests might be fruitless.

Secure land tenure gives women the incentive to carry out long term mitigation and adaptation activities for example irrigation infrastructure while broadening their asset base which means they will be less vulnerable to climate change.

Human Rights activist Abigale Mupambi pointed out the need to educate women and allow them to go through the understanding that they have to apply for the land and take the necessary steps to own it.

“The women need to fill forms and have the right documents which are not even too much to ask for. I think we need to have a women’s constituency, a ready political will, a ready government to empower women and deal with issues of land inequality once and for all,” she stated.

She emphasized that addressing the issue would tackle the imbalances which are affecting women in terms of land acquisition even under the land reform programme.

“I think it is very critical for women, government and other stakeholders to continue to build the consciousness so that women understand and embrace the windows present that give them the capacity to own the land.”

“Speaking to the how aspect at this point, we may need to take advantage of the land audit that I believe has come to an end and paving way for the further redistribution of the land, that may now be there as an annexure to the land reform. We may need to make sure that the women are mainstreamed because land unlike any other resource,

does not multiply. We have only just but one fixed land. So once distributed, probably in a wrong manner, it takes a whole long process to reverse,” she said.

As the government last year concluded the land audit which necessitate it to parcel out some land, Mupambi said it is then important to make sure there is mainstreaming of women to deal with issues of inequalities and embrace the very same process.

She said property rights provided for in the freehold tenure system give the owner rights to sell or lease the land and in case of crop failure perhaps due to drought where the owner may lease the land and get some revenue from their land through rentals to augment the little they would have harvested making them more resilient to climate change.

“Land owned under the communal land tenure system is usually small and does not give women much in terms of yield which makes them less resilient to climate change and might not be big enough to support afforestation projects.” Ms Mlambo said.

Ms Majory Jeke, a farmer from Murehwa bemoaned corruption in the allocation of land to women saying this was a huge setback to their environmental conservation efforts.

In her area when opportunities arise, those up the hierarchy benefit.

“As women, our efforts are not appreciated from time immemorial. When it comes to land maybe 25 per cent of women are getting land the rest are not getting anything and those that get are those in higher positions. We are the ones who see the importance of trees, we are the ones who cook and always are bearers of the effects of climate change. We have been taught how and why it is important to conserve the environment that we work and live on. We are saying, as women, we need land for us to carry out projects like growing trees and so on but it’s difficult,” she said.

Another farmer in Mudzi District, Ms Molline Dekeshe appreciates the role women are playing in climate change mitigation and environment conservation saying more still needed to be done in educating the women as they had the capacity to change how communities view these issues.

Ms Dekeshe, also agrees that corruption and lack of transparency when it comes to land allocation to women and dominancy of patriarchal societies in land ownership were deterring progress in environmental conservation efforts.

“Those in positions of power are not able to represent and stand up for women when opportunities come. Instead, over 45 per cent of the opportunities, they have given to their relative sideline women in general. We have seen a lot of these things happening,” she stated.

We wish to see organisations looking into women’s issues also looking into how women are being represented in issues relating to land. If there are opportunities there should be testimonies. The 60 per cent of women that the government said should get land should not only be on paper. Women need to be educated on why it is important to get land. There should be equality in land distribution and not an issue that promotes domestic violence,” she said.

Under the structure of the customary land tenure system, women are secondary holders of land use and other land property rights because Zimbabwe is a patriarchal society, this arrangement alienates women, and reduces them to mere dependents.

Ms Mlambo pointed out the way forward is for the government to invest in combatting corruption in the allocation of land while promoting the abolishment of patriarchal ownership of land in the society.

She added that the war against environmental degradation and climate change can be won as women have proved instrumental in embracing environmental protection projects.

This will blend well with Sustainable Development Goal 15 (SDG15) which Zimbabwe is a signatory to.

SDG 15 advocates for the protection, restoration and promotion of sustainable use of terrestrial ecosystems, sustainable management of forests, combating desertification, halting and reversing land degradation as well biodiversity loss. 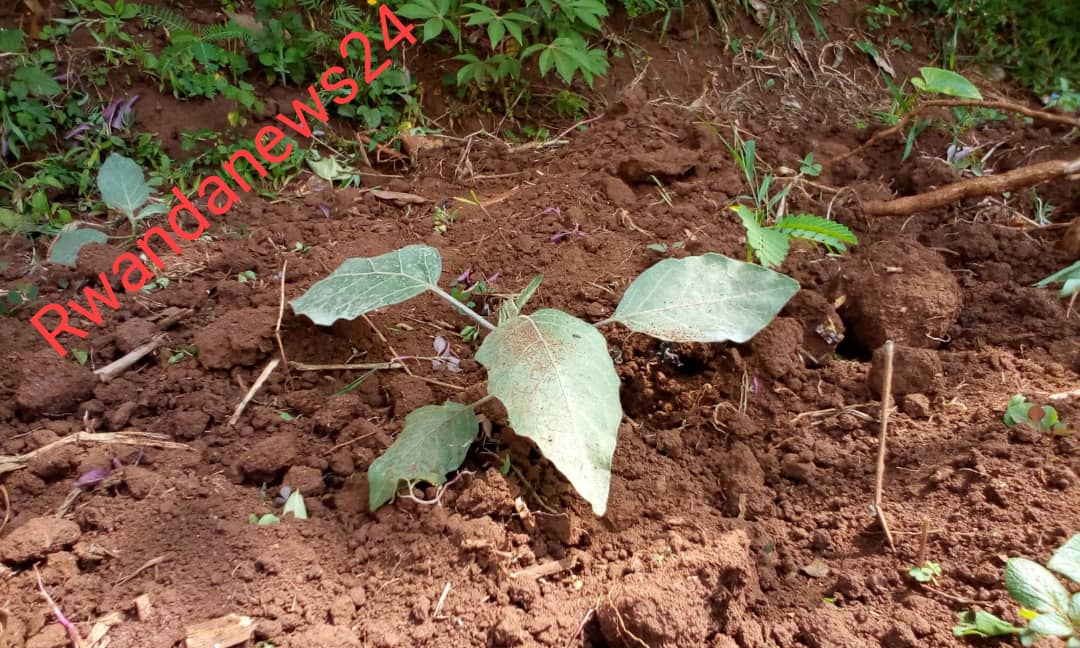 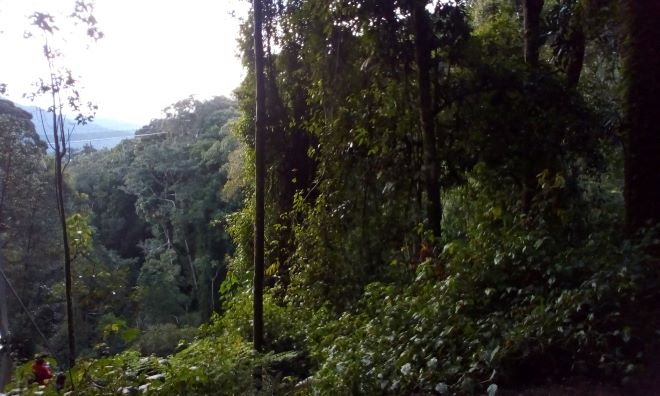